SANGAI FESTIVAL - A GREAT EXPERIENCE EVERY YEAR, Manipur has been called the Land of Jewel and a once in a lifetime destination, but what is so unique about Manipur and its festival from the rest. 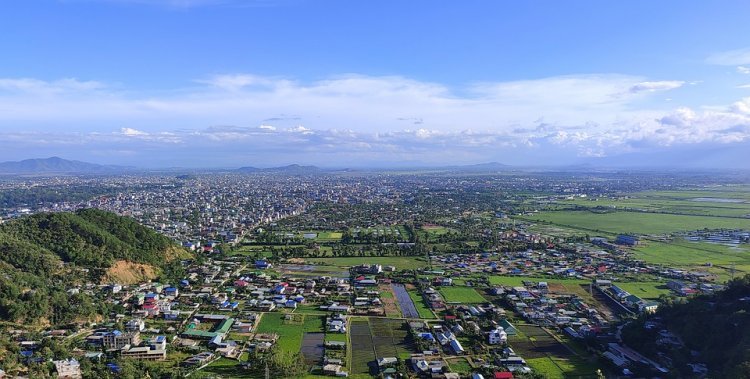 SANGAI FESTIVAL - A GREAT EXPERIENCE EVERY YEAR, Manipur has been called the Land of Jewel and a once in a lifetime destination, but what is so unique about Manipur and its festival from the rest.

Manipur has been called the Land of Jewel and a once in a lifetime destination, but what is so unique about Manipur and its festival from the rest.
It is not only famous for its rich culture and traditions but also for its vibrant dance forms and music, scenic landscapes and delectable local cuisines. The people of Manipur believe in simplicity and are extremely friendly, making it a must-visit destination in India.

The state, also known as “The Land of the Jewel," has nine hills surrounding an oval shaped valley, thus resembling the shape of a necklace. Home to the largest freshwater lake in the northeast, a breathtaking orchid garden and the local Manipuri dance, the place is a once in a lifetime destination, which is sure to impress and delight all tourists.

The Sangai Festival is an extravaganza of events. It displays the culture, tradition, a fusion of classical and modern arts, sports, literature, quintessential display of food, and many other events. Additionally, the festival stages the uniqueness of the state’s myriads of culture that blends into an exceptional exposure for the world.
Manipur Sangai Festival is an esteemed State Level Tourism Festival celebrated in a buoyant fashion. Besides, taking a trip to this beautiful state will change your incredulity into an unforgettable experience. Although, attending the festival requires anticipation and planning to keep all troubles at bay.
The state of Manipur in India celebrates the occasion of the Sangai Festival every year. The Manipur Tourism Department as organizers graciously incepted the festival in 2010 which eventually became the grandest festival since then. Henceforth, the organizers host the cultural programs generally from 21st to 30th November annually.

The Manipur Film Festival is a part of the Manipur Sangai Festival which screens movies and short films made by local directors and actors. The idea behind the festival is to promote the local culture and give a global platform and recognition to the artists.The festival has been growing rapidly and massively in the recent past.

The 2011’s edition had been the significant start observing the ethnic diversity of Manipur society. 2017’s edition made a substantial leap with its inclusion of artists and traders not only from various other states of India but also from various Asian countries such as Japan, Thailand, Sri Lanka, Nepal, Bangladesh, Myanmar, etc. In the recent editions, the festival has expanded its event venues to various corners of the state.
The relevance of Manipur celebrating Sangai festival lies in portraying very unique and sensual connotation for the vibrant festival of the state. The commendation and awareness about the very endemic species in the festival itself do not hold all credit. There is more the world should know about Manipur. As far as the festival is concerned, it promotes the cultural and traditional verity of various tribes that will captivate every spectator. Moreover, it provides a stage for showcasing the entrancing Arts&Culture, handloom, handicrafts, cuisines, music, indigenous sports, and various others the world is yet to see.

The festival significantly reflects the rich cultural heritage and various forms of arts collectively from different tribes in the state. The multiple tribes in Manipur live in diverse environments adding a reason to admire it. Additionally, the festival itself effortlessly portrays the harmonious fusion of exotic events and affairs.

Every year, each edition of the festival becomes the best version and has even reached out to the four corners of the world. Hence, it is a way of attracting more footfalls in the only endemic region of the Sangai Deer.
For Manipur, hosting of this event has been in the Bhagyachandra Open Air Theatre (BOAT) and Hapta Kangjeibung in Konung  Mamang. Primary cultural shows and other distinctive indigenous events take place here. Visitors can also enjoy exploring the various stalls displaying the primordial crafts, arts and venturing the gastronomy of the state within the venue.

Various other spots are set up, including Loktak Lake and KLNP, the lawful home of the endangered Sangai Deer’s. Events such as boat racing, cultural events, and various adventurous water sports are organized over here. Other places contribute to catering several other indigenous sports and entertainments throughout the ten days duration of the festival.

Some of the things that should not be missed out in this year’s festival are: